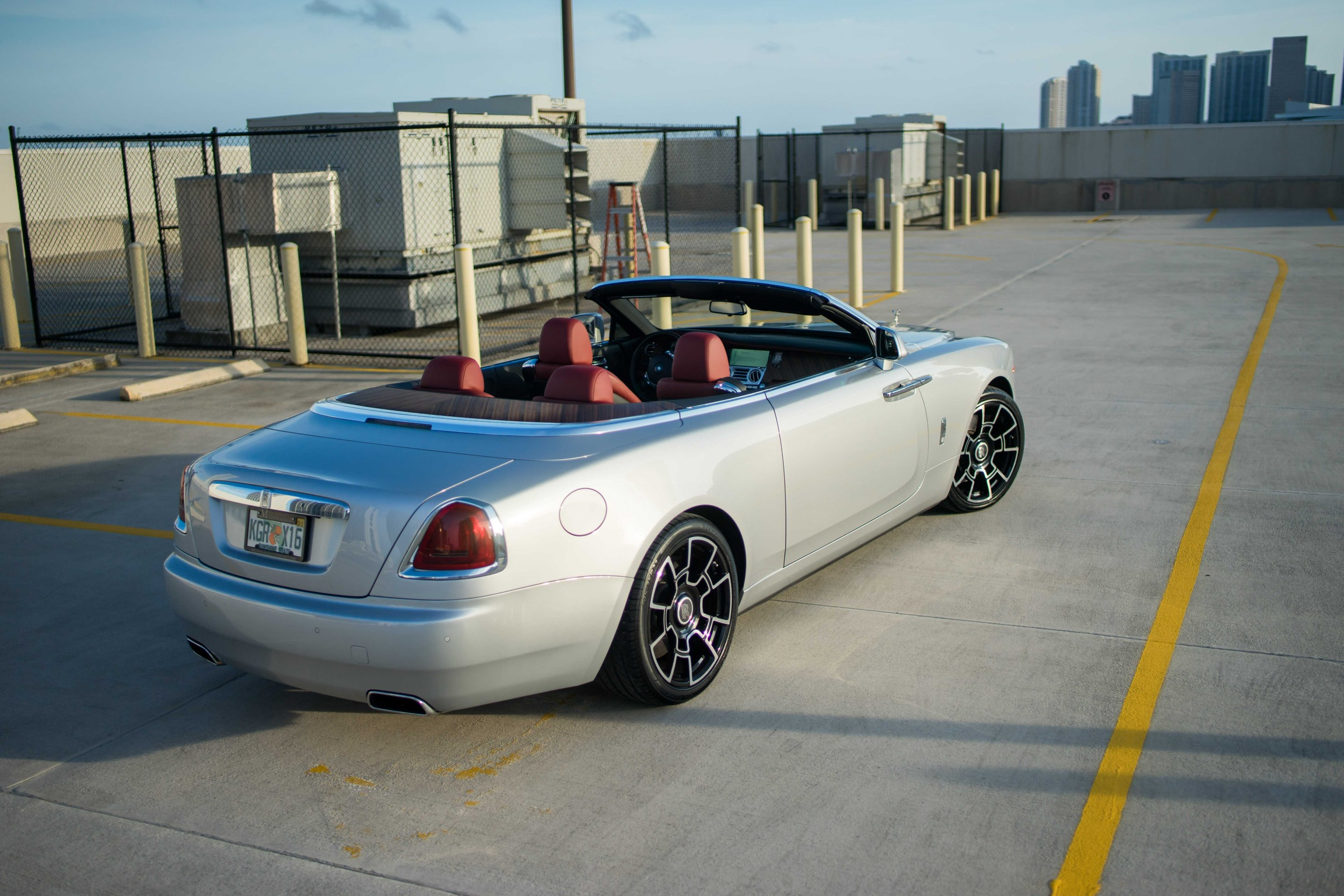 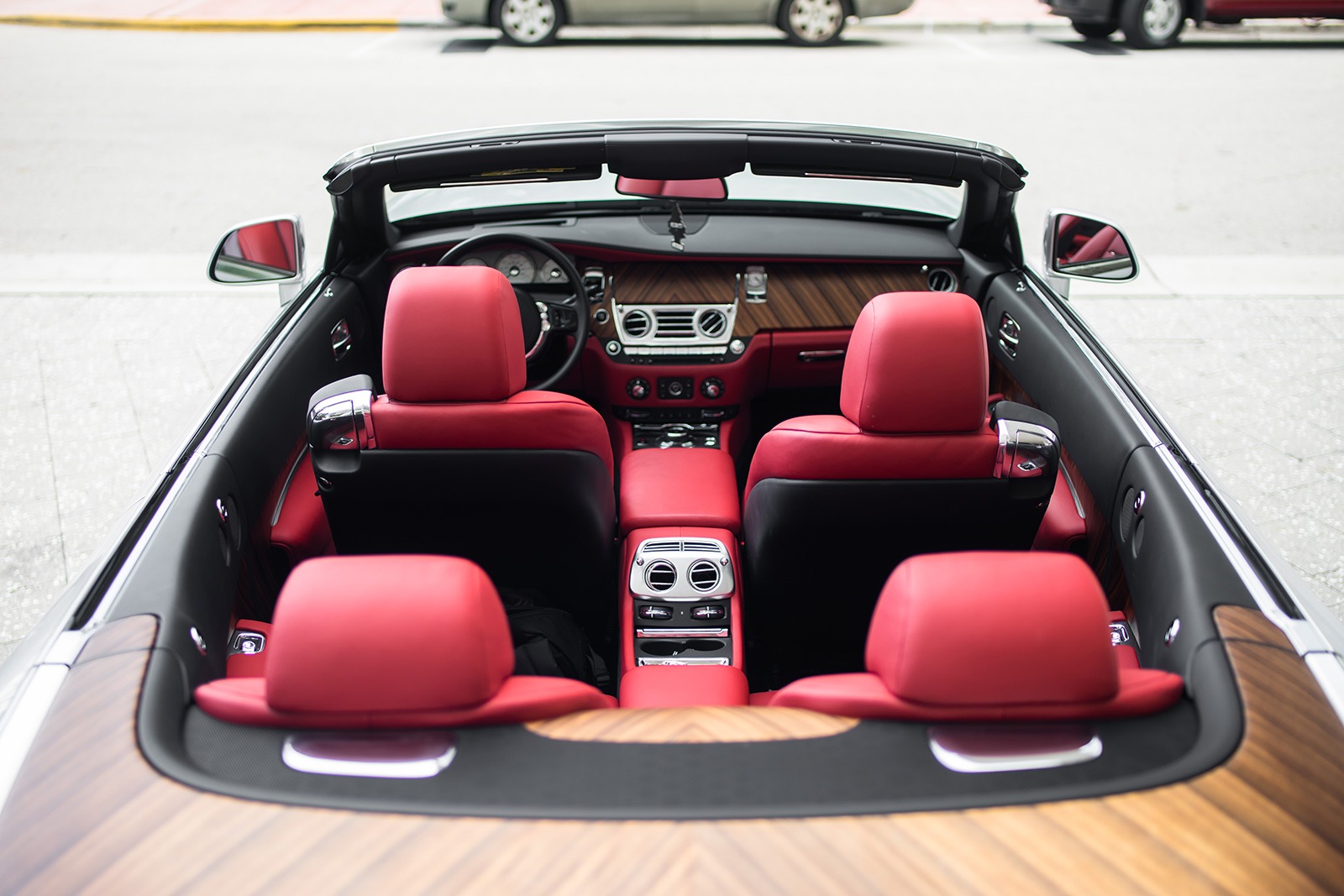 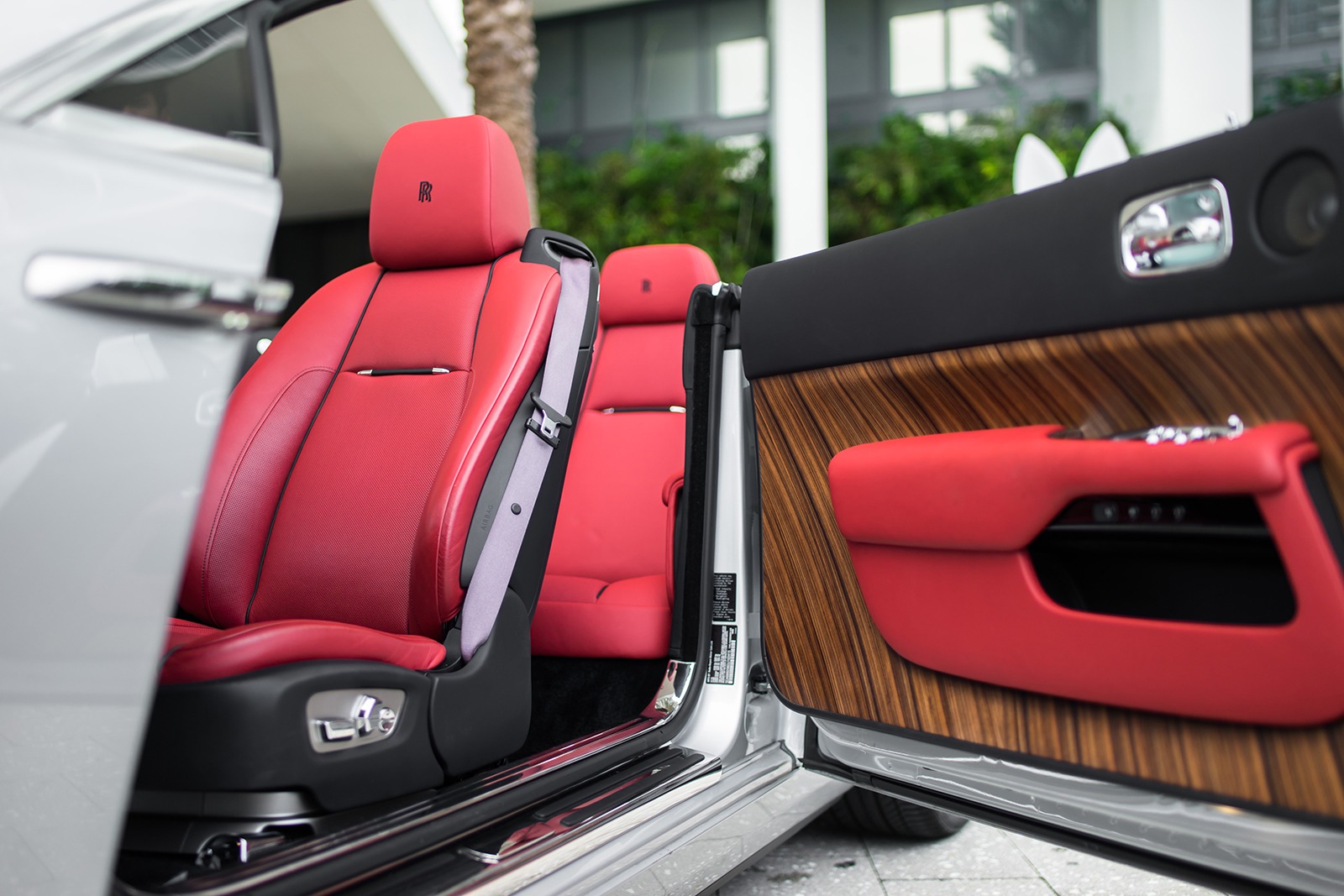 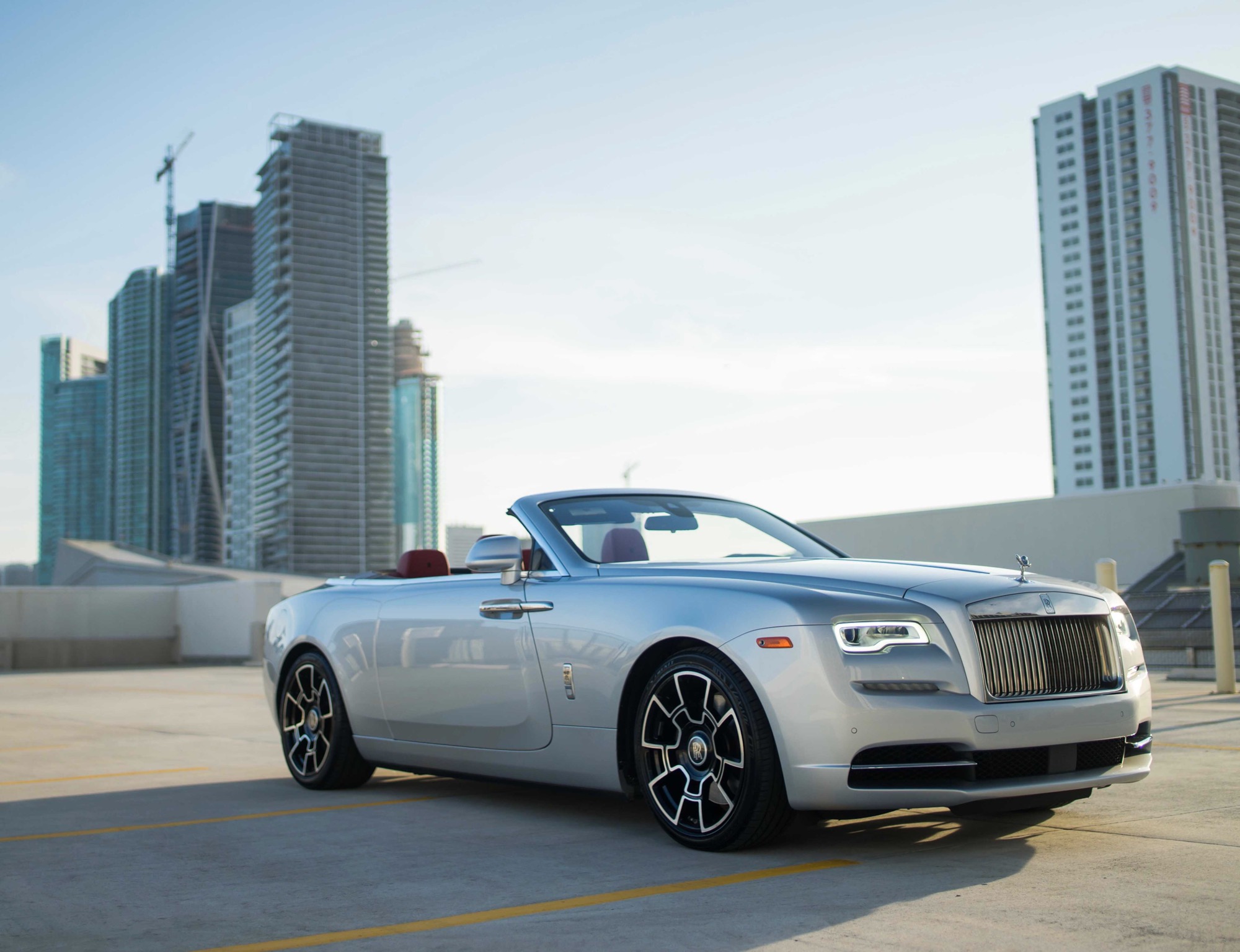 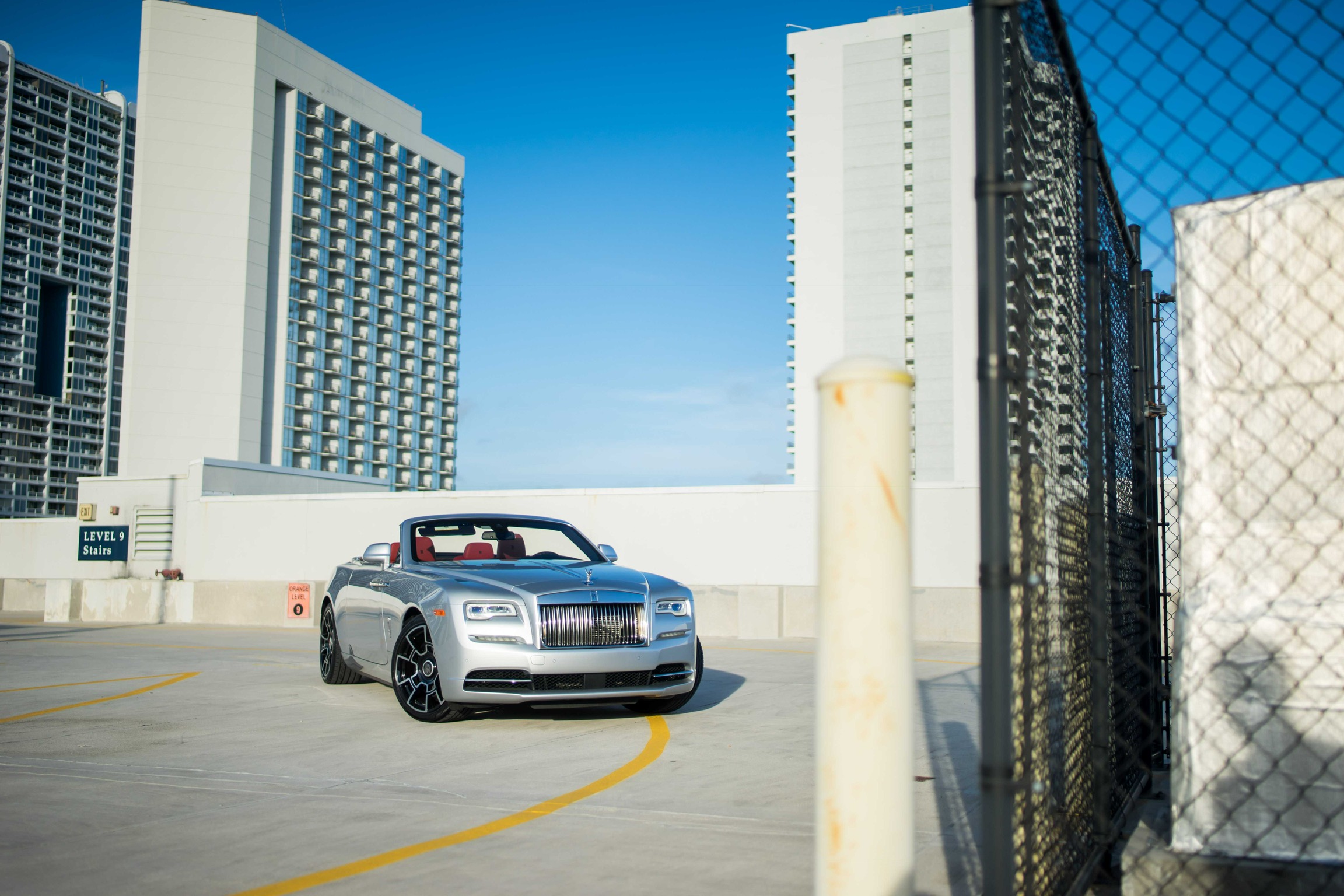 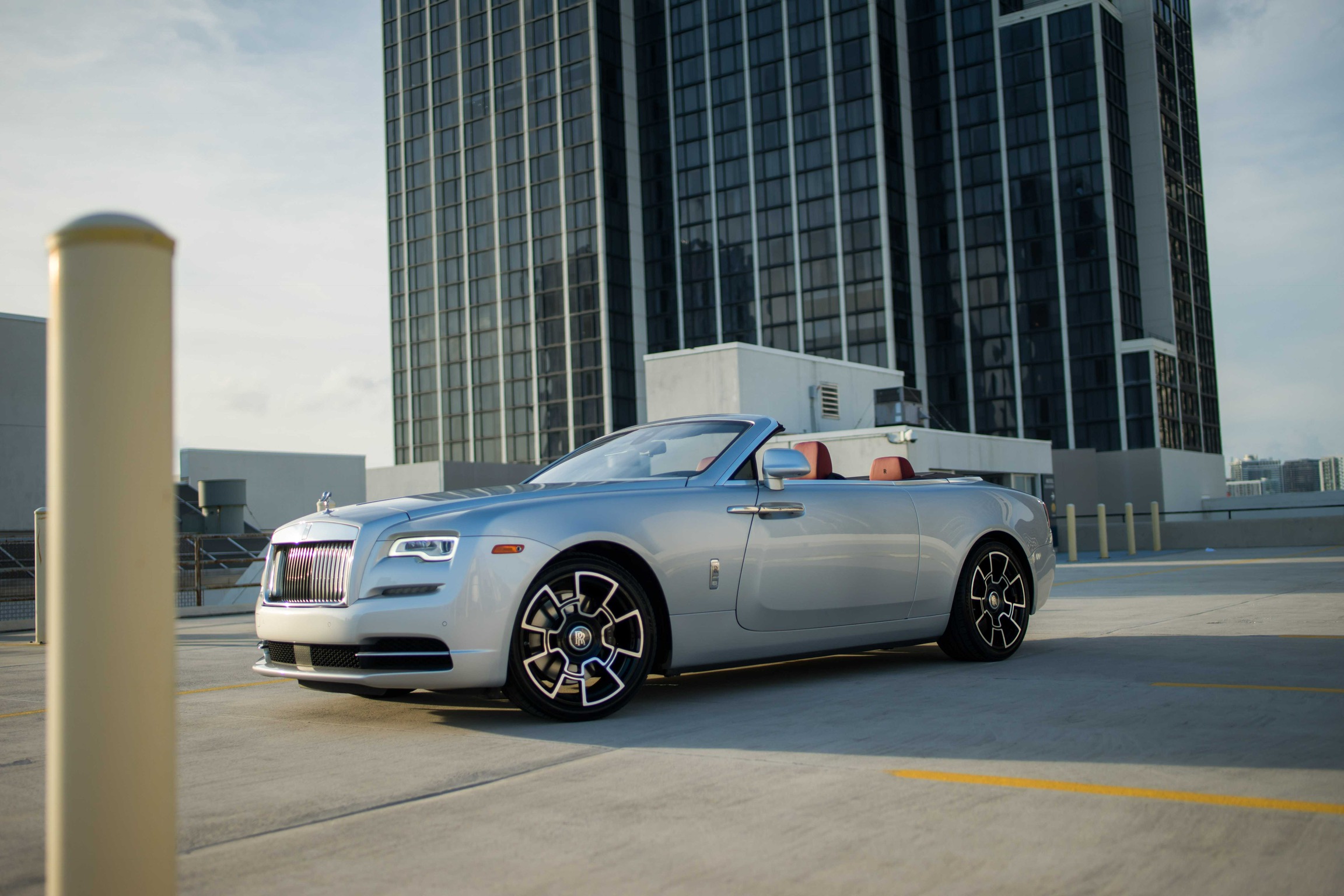 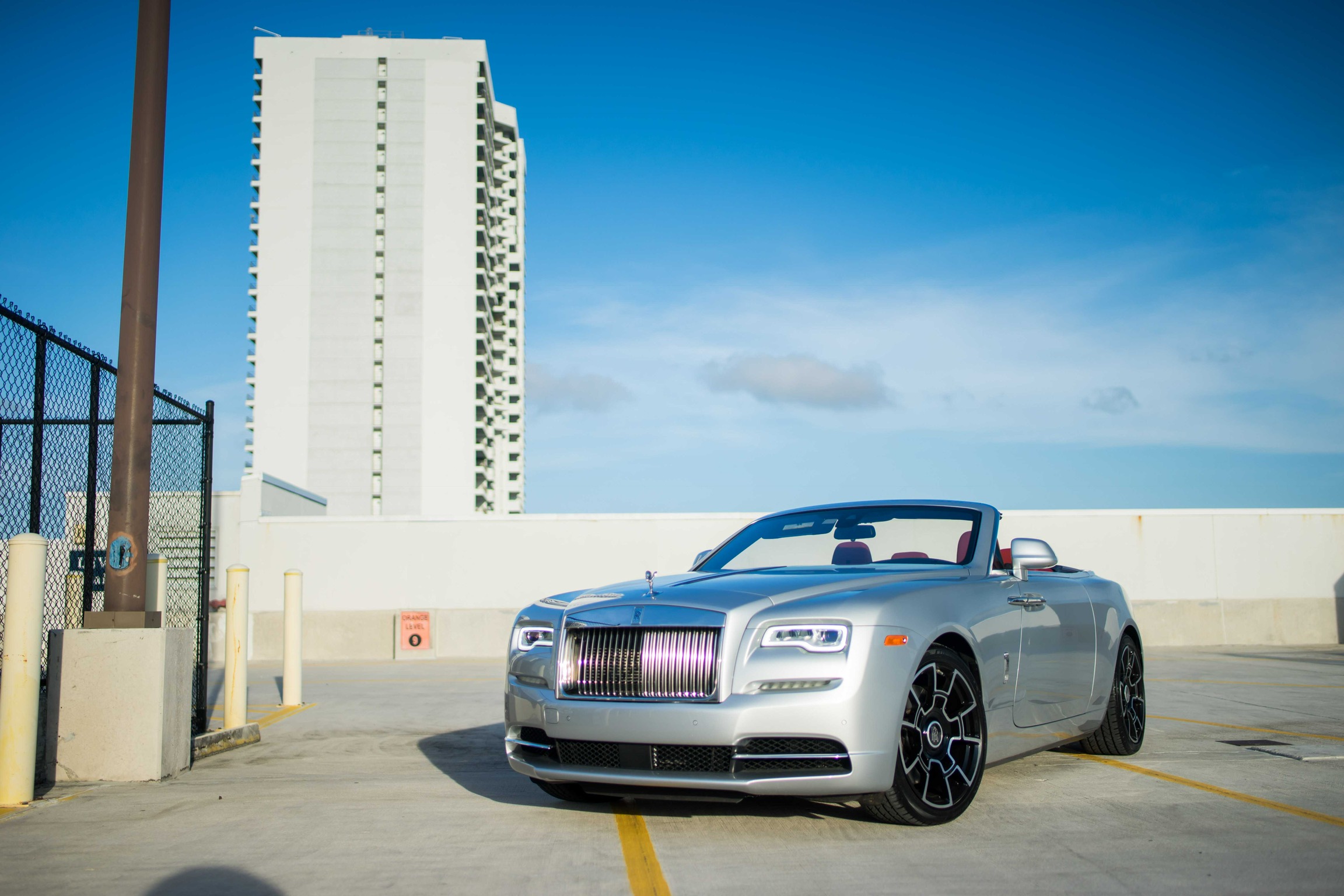 Overview
Luxurious, exclusive, exquisite . . . take your pick of adjectives for the lovely Dawn and any one of them will suffice. With the bones of a Wraith coupe, the Dawn has sheetmetal that curves and swoops, making it—according to Rolls—the “sexiest Rolls-Royce ever built.” Inside there is room for four adult passengers; occupants will be dazzled by the gorgeous leather and acres of real wood trim. Under the hood is a 6.6-liter twin-turbo V-12 that makes 563 hp, so the Dawn is as fleet as it is sexy.
The ​Rolls-Royce Dawn​ rental is most at home cruising the glittering boulevards of Miami beach or Palm Beach, the Siriusly Sinatra channel permanently playing, and the driver wearing $2600 Gucci crocodile loafers while contemplating how to cajole public financing for his new NFL stadium. Unlike, say, the similarly pricey ​Lambor​ghini Aventador​, the Dawn can be driven and used every day. It clears curbs, there’s some room in the trunk, there is a trunk, and it’s easy to get in and out of. It also doesn’t invite a race at every stoplight, though it may invite people of all races to spontaneously come up to the window and quote ​Bernie Sanders. Alas, first-world problems.
The Dawn rental earns its copious allocation of asphalt by adding mechanical substance and harmony to exquisite design and detail. It’s not a basket of latter-day tricks; it’s not compatible with Apple CarPlay, and there’s no onboard Wi-Fi. At $402,300 as tested, including a $2750 destination charge and a $2100 gas-guzzler tax, the Dawn is slightly old school, like its future owners.